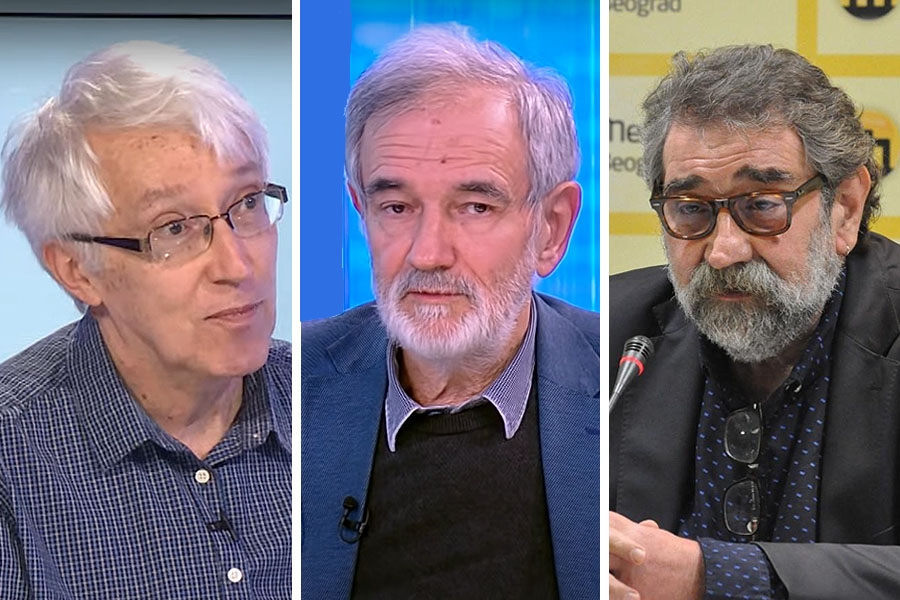 When the United States of America declared war on Germany in April 1917, President Woodrow Wilson faced a nation that did not want that war. Wilson, after all, had been re-elected only a year earlier with the slogan "He kept us out of war." To convince the Americans that the war in Europe was necessary, Wilson established the Committee on Public Information, with the task of changing the attitude of the citizens towards the war in a short time. He succeeded. It is just one of the historical examples of using propaganda techniques to change public opinion. Propaganda machinery and techniques for changing public opinion were then only in their infancy, now they have been worked out to the smallest detail. Therefore, there should be no doubt that the current government in Serbia could in a short time change the attitude of public opinion towards the European Union, Russia, as well as the war in Ukraine, the interlocutors of Demostat agree. If, of course, he judges that he has to do it. 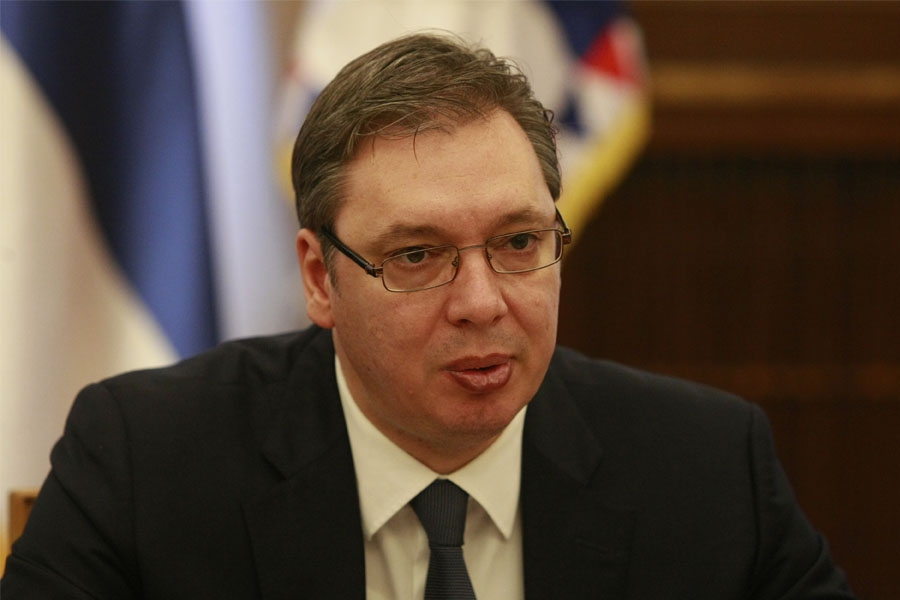 From the point of view of social sciences, sociology, psychology, and knowledge about the effects of media and propaganda, it is not disputed but completely clear that such an opinion could change in a very short period, even up to a few weeks.

Professor of social psychology at the Faculty of Philosophy, Dragan Popadic, in an interview with Demostat, says that citizens form their opinion by believing in the position of the state and the authorities on a certain issue because, from the peoples perspective, that is the safest option. This means that the states position is reflected in the majority position in public opinion polls, which were created with the help of dominant images in the media. People form their views according to very clear propaganda political-media agendas. 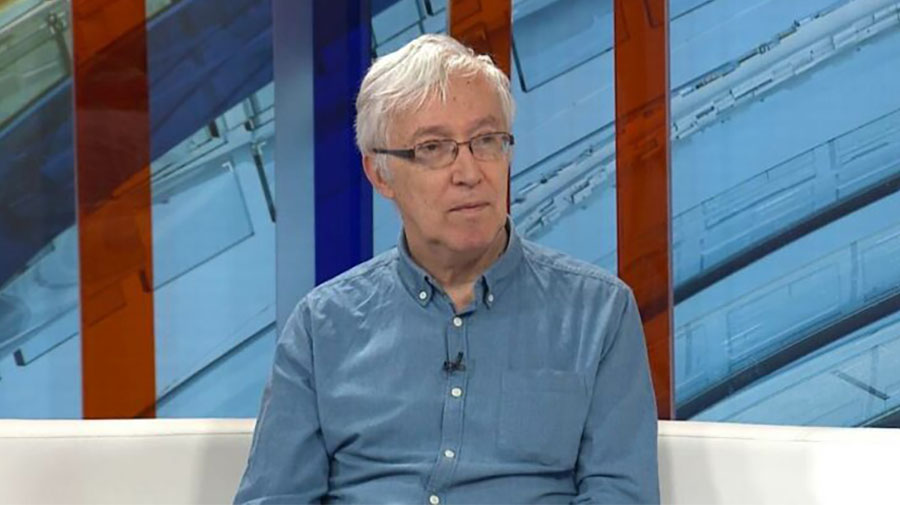 "Its not just a matter of the information that is marketed, but also how it is interpreted and evaluated." People repeat and adopt the comments and evaluations they hear, which are dominant," explains Popadic.

Popadic states that nowadays all narratives can be easily changed, but it would also be wrong to imagine that, until some kind of propaganda campaign about the EU or Russia, people think freely and form their views in some kind of "propaganda-free space".

"Very clear propaganda, political and media agendas exist and can be recognized precisely in public opinion polls because the majority opinions reflect those agendas," says Popadic. As he says, in some countries there is a plurality of political propaganda and there we can talk about a state of balance. In our country, on the other hand, it is wrong to think that there is a plurality of freedom that would be replaced by some propaganda campaign. In Serbia, only one propaganda would replace another.

Demostats research also showed that the attitude of public opinion towards joining the EU is the same as the attitude of the government and its media towards the European Union. This is also confirmed by Popadic, stating that the attitude of the citizens towards the EU is a reflection of the official narrative on the issue. As he says, "kind stories about the EU" should be separated from what is the main message sent to the citizens - they dont like us, drag us out, want to make us quarrel with our friends. The official image of the EU is, to put it mildly, an image of skepticism towards the intentions of the European Union, Popadic assesses.

"Citizens are still unaware of how dependent Serbia is on the EU and how much help it receives from the Union." The government is constantly concealing real information that can change that image and increase the support of EU citizens," he says.

Explaining the methods of changing public opinion using the example of Russia and the war in Ukraine, Popadic says that Vucic would not only play the card of his authority, but the idea is to change information, interpretation, comments, and values because in this way the picture of things changes very quickly. First of all, it would not be talked about how the current image of the people about Vladimir Putin is a delusion, but new information would be introduced into the media space that changes that image.

"New epithets are being introduced - executioners, criminals, images of children dying, destroyed cities, along with new interpretations of events. A series of new information is also being introduced which, allegedly, is just emerging. Then it is expanded in time, it is acknowledged that such things have happened before, but that we were kind and trusted them," says Popadic.

In addition, the seeming unanimity of everyone in society is needed, from politicians to intellectuals and artists.

"Thats how it was when the war started in the former Yugoslavia, how to make an enemy out of Bosnians. Nowhere was there less social distance than in the parts of Bosnia where the war broke out, and yet it was so easy to provoke the people," said Popadic.

Popadic is not sure that Vucic is ready to change the discourse on the EU and Russia, among other things, because in Serbia there are very close personal relations and arrangements with representatives of the authorities in Russia. He adds that Vucic is the personification of the government in Serbia, but he doubts that he alone makes decisions and that he is not subject to the influence of various power structures.

"The question is whether Vucic as a person has such power to make such dramatic decisions. I see him as part of a team, a group, where he has some power, but many others have an invisible influence on him. He is an exponent of the group that is in power and has different interests. Some of them have a direct interest in supporting Russia, I am talking, for example, about businessmen. Some have personal involvement... The question is how many would allow him and how much they would oppose him if he wanted that kind of change in public opinion. Its about power structures that decide," concludes Popadic.

Ambivalent attitude towards the EU

Retired psychologist and professor of the Faculty of Philosophy Zarko Trebjesanin has no doubts that the change of public opinion in favor of the EU could happen very quickly since the discourse is largely dictated by Aleksandar Vucic and the current government through his media. He states that there is a very ambivalent attitude towards Europe because the government is declaratively in favor, which is a story for the public, but in reality, there is not much sincere love or desire for Serbia to join the EU.

"Strong emotional messages are being sent that Europe does not want us, that Europe is unfair, and then something is muttered that we are staying on the European path, and an anti-European attitude is being built." Also, the anti-European media are the most powerful, they have the highest viewership and readership," said Trebjesanin for Demostat.

Trebjesanin says that so far we have had the opportunity to see a change in public opinion and greater support for the EU when the authorities needed it. "We didnt even need percentages to make sure of that, that support was visible to the naked eye," he said. If the government wanted to, it could restore such support, he states and adds that the government could openly talk about the money and aid coming from the EU, publish data on what we have received from Europe, and what we can expect. The picture of public opinion would be significantly different.

Trebjesanin, however, says that in recent months, a slight turn from Russia and a more rational attitude towards that country and the regime have been noticed in the media, and adds that it is clear that the pro-Russian narrative could easily change.

"It would also have its limits, it would hardly be able to reduce support for Russia to 10 or 15 percent, but it could significantly lower it," he states and notes that EU support does not necessarily exclude pro-Russian sentiment.

Trebjesanin points out that the centuries-old connection between the two peoples is not a fabrication, but that the problem arises when the closeness, in terms of culture, art, and religion, is confused with the regime. That is why he says that it is wrong to satanize the entire nation or throw out Russian culture, because this, among other things, only causes additional resistance among people who reject the West and Europe because of such an ideology.

"Miracles can be made even in a month." This has already happened. It wouldnt be the first turn here," says Trebjesanin and recalls the famous 1948, when worship turned into satanization in a very short time.

A part of the public does not trust Vucic at all

The editor-in-chief of the Fonet agency, Zoran Sekulic, says that Vucic can relatively quickly bring about changes in public opinion on the part of the electorate that supports him and with the help of the media he controls.

"Not because that part of the voting body would suddenly start believing in the EU, but because they believe in him, whatever he says they will support him," Sekulic told Demostat.

What is problematic, however, is that part of the public that had some illusions of a pro-European nature, and that is now, as Sekulic says, killed in the concept and does not believe anything in Vucic.

"They will see that turn if it happens, as insincere because they will not recognize in it a pro-European policy, but will see that Vucic is doing it to strengthen his position and interests." They will also assume that the Europeans will support such an appearance because they will play the card of stability and stabilocracy, faced with their problems, especially after the Russian invasion", he stated. 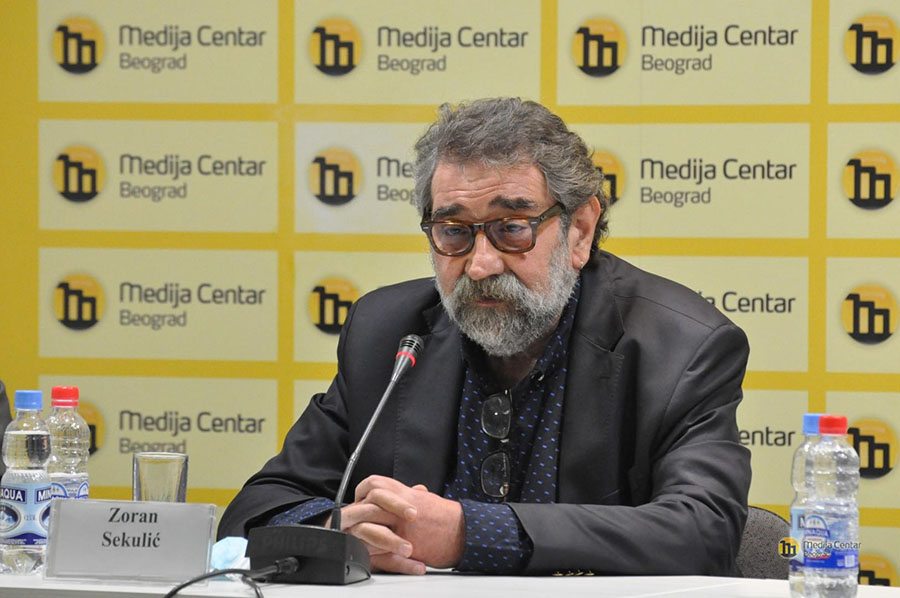 When it comes to Russia, Sekulic believes that Vucic would work cautiously, without direct and public messages, without direct condemnation of Russia and Russian aggression.

"If there is distancing, it will be with silk gloves. We will see what sanctions will be on the table, although now the momentum for sanctions has passed and if we were to opt for something from the Swedish sanctions table, no one would believe us that it is because we consider the invasion to be inadmissible, but because we are forced to," says Sekulic.

When asked if Vucic is ready to initiate a turn of public opinion towards the EU, Sekulic replies that judging by the statement of the Minister for European Integration that Serbia will harmonize its foreign policy with the EU when it enters the Union, that turn is postponed not for tomorrow but for never.

"Only then will we be able to see if the narrative changes, regardless of whether that turn is sincere or if it is done for extremely pragmatic reasons and the interests of the government," Sekulic said.