“Britain is a great power and Serbia is only one element in the complex mosaic of international relations. For our side, Britain’s significance is greater, but, be that as it may, mutuality existed and exists to date.” 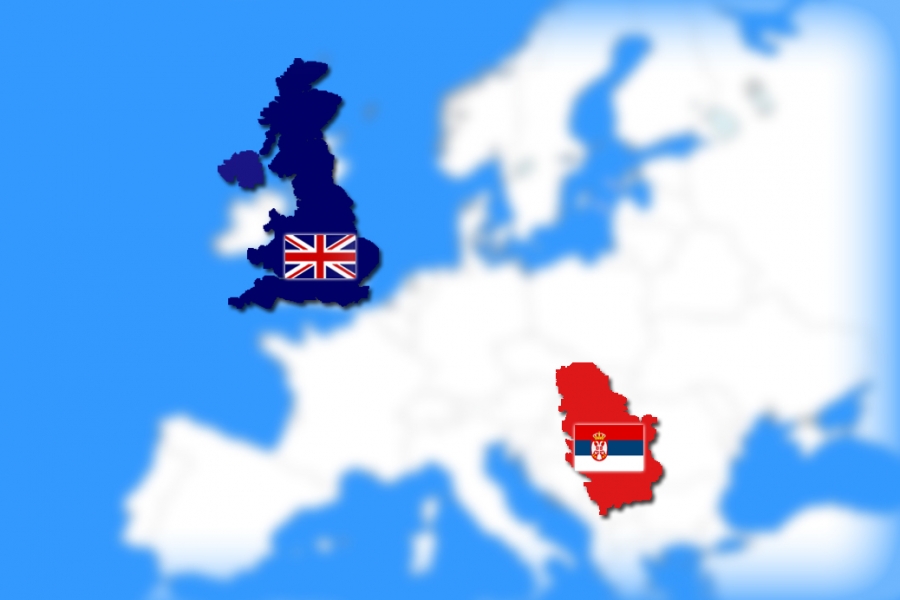 “Britain is a great power and Serbia is only one element in the complex mosaic of international relations. For our side, Britain’s significance is greater, but, be that as it may, mutuality existed and exists to date.”

In some way, Serbs and Britons entered the history of the modern-era Balkans in a grand manner at the same time. The restoration of the Serbian statehood in the territory of today’s Serbia began in the early 19th century, and Serbs were no longer a people without a home, as they had been for several centuries. Over the same period, Britain’s influence and presence in this part of Europe started strengthening. It wasn’t longer after that Belgrade and London established diplomatic ties.

This does not mean that things were always rosy afterwards. Without a doubt, the interests of Serbia and Britain often collided; albeit not so much directly as indirectly. Competing great powers created such a geopolitical context that London was most often not on the side of Serbia’s pretensions. However, this does not mean that Serbs and Britons were infrequently allies, as they were during both world wars, and that, regardless of the wider geopolitical setup, even when it was dominant, the relevant stakeholders in Britain did not have a positive attitude towards Serbs. One need only recall the positions of Gladstone (1809-1898) during the culmination of the Great Eastern Crisis. Not to mention the positive civilizational waves from Britain that permanently washed over Serbia.

Things are not black-and-white in politics, and should not be interpreted as such. Accordingly, Serbian-British relations went through various phases, with variable tones. I am talking here about the “classic” geopolitical dimension. If we also take into account the social dimension – from culture to the economy and the fact that Britain was an inspiration or home to many great Serbs – then things get even more complex. And they are predominantly positively hued. We do not have the space now to analyse this more deeply. Nevertheless, I will go so far as to say that Serbs and Britons looked to one another in many ways and continue to do so. Britain is a great power and Serbia is only one element in the complex mosaic of international relations. For our side, Britain’s significance is greater, but, be that as it may, mutuality existed and exists to date.

With Britain leaving the EU, and doubtlessly intending to continue playing a significant role in this region in these new circumstances, perhaps with more dedication than it did as a member of the Union, the margin of manoeuvre for mutual cooperation is widening. Experience teaches us that this is good for us. Serbia, when it takes a rational approach, fares best when it is within the sphere of interest of a number of relevant powers. It is bad when we are left to the mercy of only one power, whichever it is – in this respect, Britain is a very important factor for Serbia with its traditional propensity for multi-component international combinations and balancing.

Even when we disagree on many things, Britain’s approach and interest in this region increases Serbia’s weight and thereby its capacity to protect its legitimate national interests. This is very significant for Serbia, as are the important personal links between our two countries, as evidenced by the wonderful story of Serbian Herioters. Unfortunately, we too often fail to understand this significance in an adequate way. It is time to change this and make serious efforts to develop Serbian-British links, pragmatically, without illusions, but also without prejudice. This is useful for Serbia, but also for Britain, which, I am certain, is also interested in deepening mutual ties. London has always been one of the key influences for Serbia and the wider region, and Serbia is the central factor in the Balkans. Enough said!