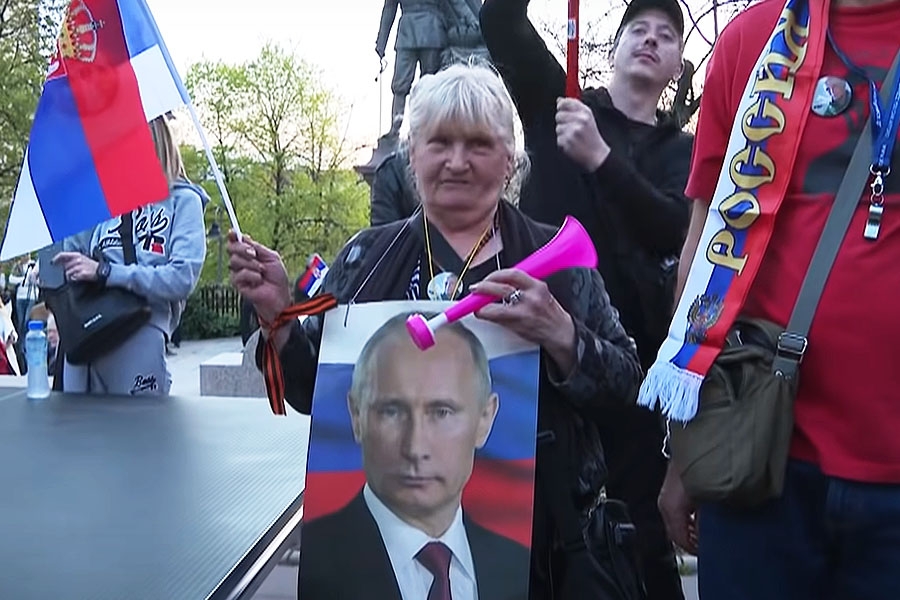 Slightly longer than two centuries of modern Serbias history, Serbia does not know who it will go with and where it will go. Serbia tried everything, both these and those. Few ended without regrets. From Karadjordje (the founder of the Karadjordjevic dynasty) and his guardian of foreign affairs to todays Vucic and his minister. The exception, I believe, is the three decades of (Yugoslav) policy of non-alignment.

Serbias foreign policy (except Yugoslav Serbia) was and is being led by its leaders. The people do not ask anything about it, although, as a rule, they support (spontaneously or most often organized) state policy. Overall, the people support the foreign policy as it is, with all the diversions and twists, while the state, more or less, does not take into account the opinion of the people. Perhaps two major exceptions should be mentioned. The first refers to the demonstrations ("Bloody procession") on the occasion of the conclusion of the Concordat of the Kingdom of Yugoslavia with the Vatican and its ratification in the National Assembly, in 1937, while the second exception refers to the demonstrations on March 27th, 1941 ("Better war than pact") on the occasion of the signing of the protocol on the accession of the Kingdom of Yugoslavia to the Tripartite Pact.

In todays period of party pluralism (since 1990), the state takes into account the peoples opinion on foreign policy, primarily seeking and organizing popular support in cases where it judges that this support is useful, as well as during pre-election campaigns when foreign policy is functionalized for electoral support. State parties do this in two ways, one is to show the public support for those subjects of world politics who were popular with the people, regardless of whether the people perceive them as important and influential. The only thing left for the opposition parties is either to be principled or not to oppose the peoples foreign policy orientations and emotions during the election campaign.

It is in these days of "Serbia at the Crossroads" that we are witnessing this kind of behavior by both parties. And while the people still dont know or wont know which side to turn to, until then political parties are increasingly declaring the "side of the world" they are on.

EU: the closer we get to the goal, the further away our goal is

The fall of the Berlin Wall and the beginning of the transition of Eastern European countries ignited the desire of their peoples to join the European Union. In some of these countries (Poland, for example), the positive attitude towards the EU reached up to 80 percent. After that, a trend is established that has become almost a general rule: as the day of entry into the European Union approaches, Euroscepticism grows. Today, Serbia also found itself in that trend and that rule. After the stressful change of government in 2000, the majority of Serbian public opinion is in favor of the European Union (like the Eastern European countries 10 years ago). With the passage of time and during the constant evasion of entry into the EU and the weak and almost no fulfillment of the conditions for admission, the attitude of the people towards Serbias candidacy and entry into the European Union is changing.

When we connect the aforementioned regularity with anti-Westernism, which is a component of all Serbian national ideologies, its reanimation during sanctions and its constant maintenance due to the wests support for the independence of Kosovo, as well as with bombings in the nineties, then todays affective political distance towards European countries (including the distance towards America) and the European Union becomes clearer.

The need to distinguish affective political distance from affective social distance towards Europe and the European Union should be emphasized here, especially in the context of differentiating the attitude of public opinion of Serbian citizens towards the EU and, on the other hand, towards Russia. This difference has been documented by research since the end of the nineties and the beginning of this century. For example, in the research for the Center for the Study of Alternatives, we drew attention to the fact that our peoples heart is in the East, and their pockets are in the West; while Ljiljana Ba?evi?, in her work for the Center for Anti-War Action, points to the discrepancy between "the cognitive dimension of attitudes (rational recognition of the necessity and desirability of achieving the goal) and the emotional dimension (distrust, restraint, repulsion, and even resistance)". In the survey Demostat conducted five years ago, we point out the pragmatic differences in attitudes towards European countries and Russia. In the newest research of Demostat, we point to the relation of attitudinal affective relationship (emotions, values), cognitive attitudes, and perception of interests in the attitude of our people towards the European Union, on the one hand, and towards Russia, on the other.

Five years ago, and today - Russia is in first place 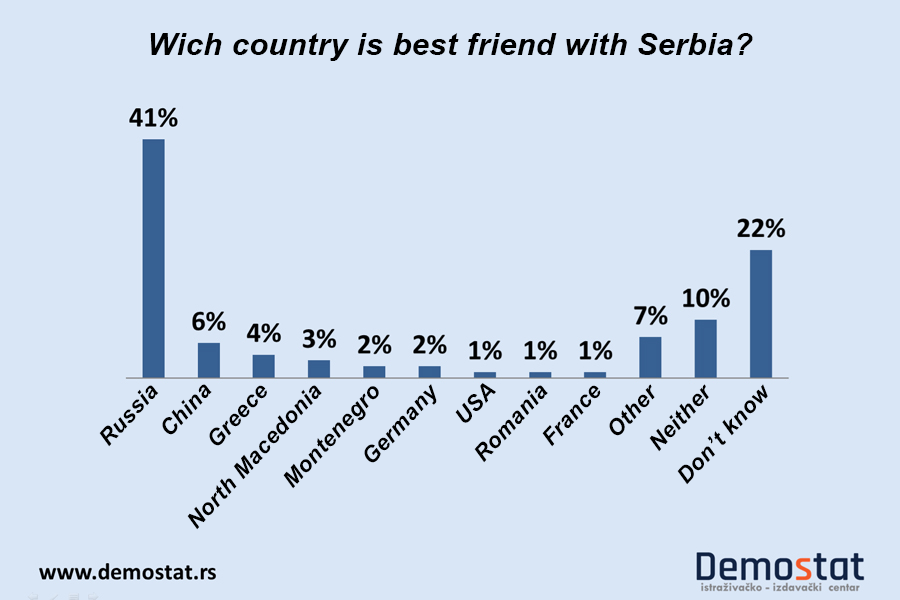 In the Demostat survey conducted in 2017, two-fifths of respondents also consider Russia to be Serbias greatest friend (see chart).

However, when we asked in that research from five years ago about the country in which the respondent would prefer to live (see chart), 11 percent named Germany, seven percent Switzerland, five percent named Austria, Italy, and Sweden, America named by four percent, and three percent each named three countries: France, Norway, and Russia... 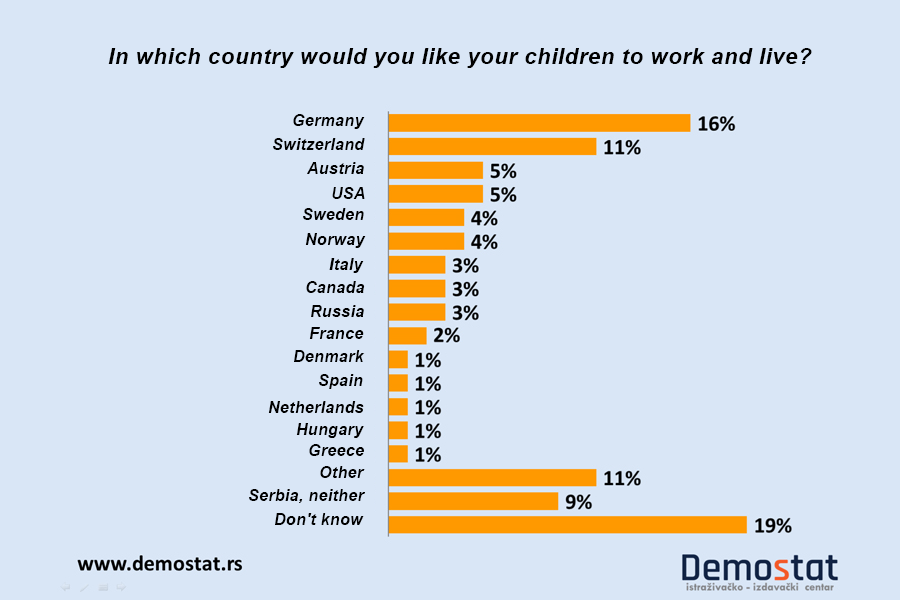 We received almost the same answers to the question: "Suppose your children ask you for advice on choosing a country to live and work in." Which country would you recommend to them?". Germany is again in first place with 16 percent, followed by Switzerland with 11 percent, then Austria and America with five percent each, Sweden and Norway with four percent each, and Italy, Canada, and Russia with three percent each... (see chart). 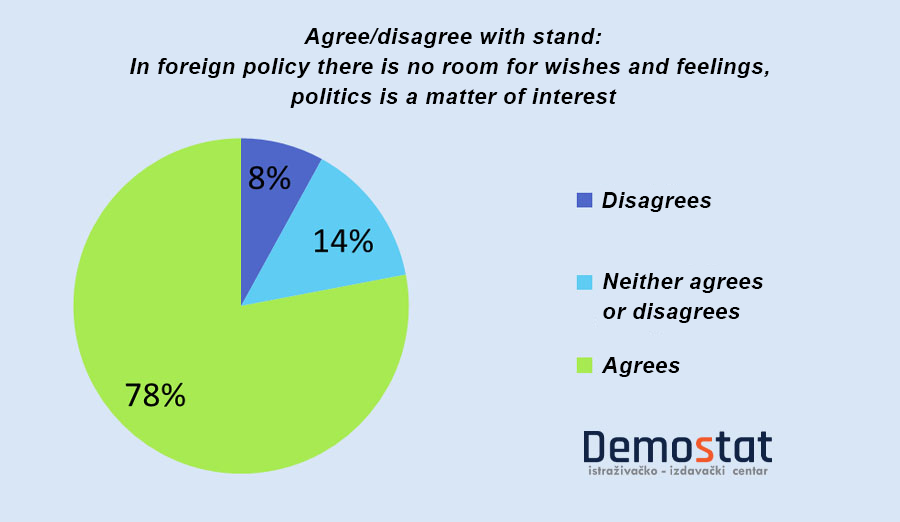 Interestingly, 78 percent of respondents agree with the opinion that there is no place for emotions in politics, politics is a matter of interest, and eight percent disagree (see chart).

Also, 44 percent of respondents agreed with the statement "Between values and interests, one should opt for interests" and 34 percent disagreed.

These answers, according to which interests are the dominant criterion for behavior in foreign policy, should be connected with the knowledge of the facts about who gives Serbia the most grants and who invests the most in Serbia, and then, finally, with the attitude of public opinion towards Serbias possible admission to the European Union. 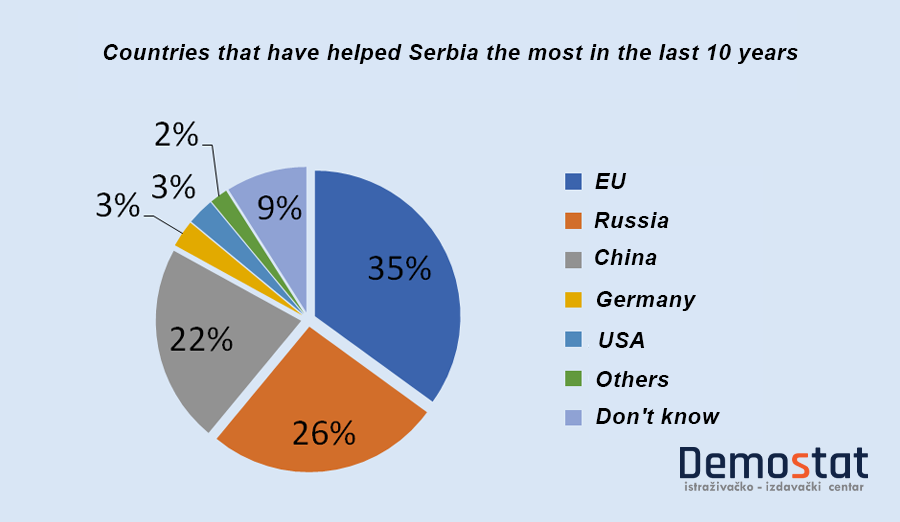 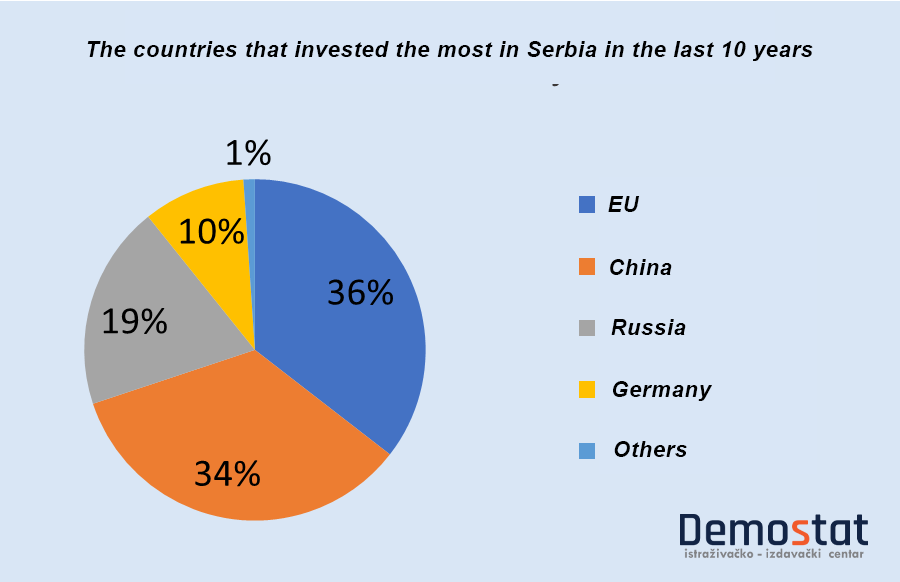 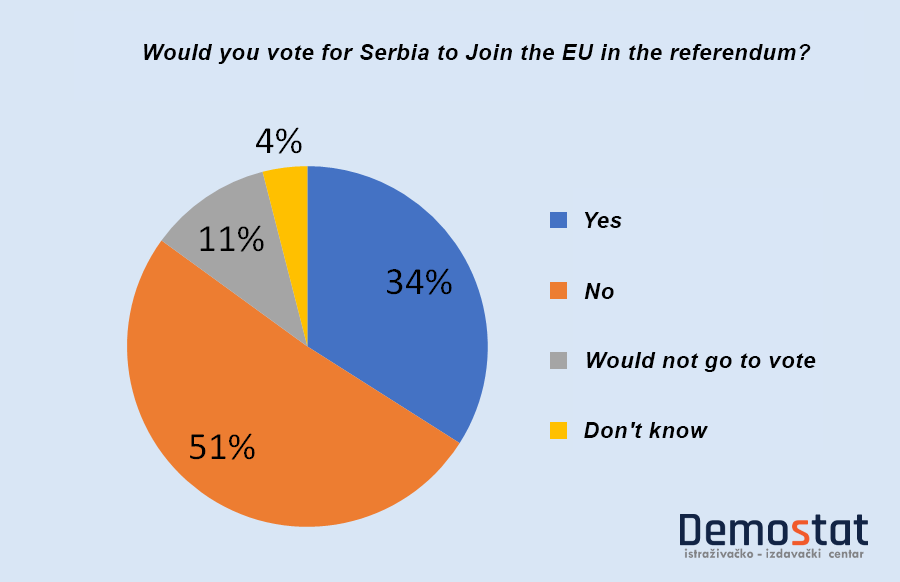 In the Demostat survey conducted in 2017, we found that 54 percent of Serbian citizens are in favor of joining the European Union, and 43 percent are against it. The positive attitude towards the EU decreased from 54 to 34 percent in five years. If we look at this decrease in positive attitude toward the EU in the context of a greatly reduced affective political distance (despite a large affective social distance) toward Russia and a large effective political distance toward the European Union (despite a greatly reduced affective social distance), then what remains to be said is what we said before a quarter of a century: Our heart is in the East, and our pocket is in the West.

If we characterize these public opinion findings, although obtained in a telephone survey, as confused, then I had to add this: Serbias foreign policy is confused, and the EUs attitude towards the policy of accepting new members is confused, especially towards Serbia. Confusion in the public opinion of Serbian citizens is largely a consequence of the perception of confusion in the politics of Serbia, and subsequent confusion in the politics of the European Union. There are enough reasons to explain the "Serbian confusion" with the conscious intentions of those who lead that policy, while the confusion that characterizes the EUs attitude towards the admission of new members (and Serbia) is more the result of unprincipledness and a kind of "daily pragmatism".

All in all, America and the European Union pushed Serbia into the arms of Russia with their policy toward Serbia. When it "gets crowded", the European Union leans toward America, when it gets crowded, Serbia leans toward Russia. In both cases, the issue of sovereignty in foreign policy is "swept under the carpet". The consequences of this "bowing down" are not even thought about, nor about the principles; I guess that will come when the futurama passes (if it passes!).