This operation is considered one of the most successful rescue missions behind the enemy lines in the history of wars. 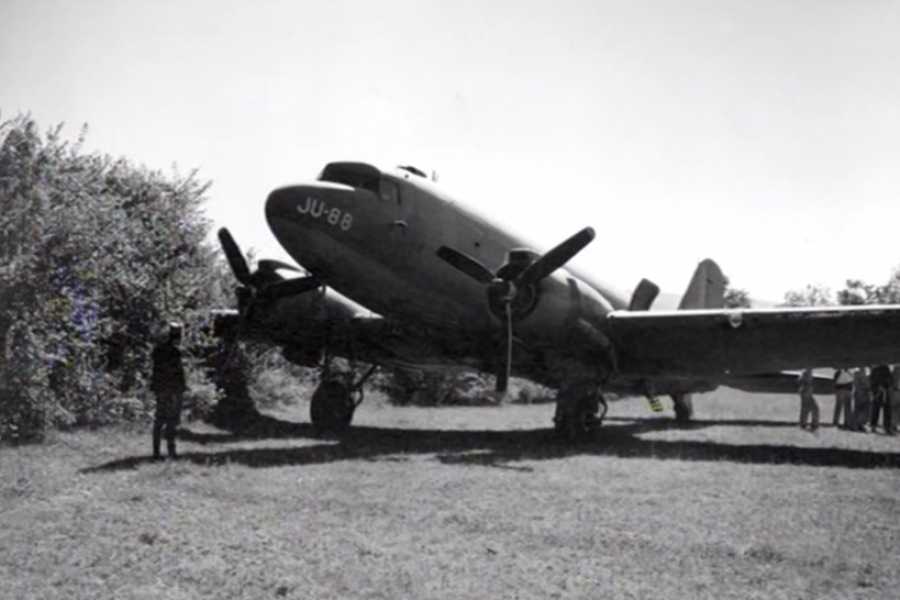 This operation is considered one of the most successful rescue missions behind the enemy lines in the history of wars.

The United States Air Force Orchestra runs the "God of Justice" anthem. The American ambassador speaks in a fairly good Serbian language to Serbian countrymen wearing traditional hats and listening to him carefully, smiling. Later, while awarding them the plaques, he kissed some of them three times. "Americans and Serbs fought alongside for freedom", Kyle Scott will say at one point, and continue in the same tone: "The people of this region are true heroes. I feel humbled when I refer to the victims, heroism and determination of the Serbs ". In this case, the Serbs are synonymous with the Chetniks - Draza Mihailovics JVuO (Yugoslav Army in Fatherland) fighters - who, in this part of Serbia, at the same place the US ambassador pronounced these words, were under Captain Zvonko Vuckovics command. At a first glance, the way these facts are sorted will seem as an impossible construction. In fact, they are repeated year after year in Pranjani a village near Ravna Gora, where Halyard operation is marked anually - an air bridge through which members of the JVuO enabled the evacuation of hundreds of allied aviators in August 1944.

This operation, recalled Kyle Scott recently the conclusions of the historians, is considered one of the most successful rescue missions behind the enemy lines in the history of wars. 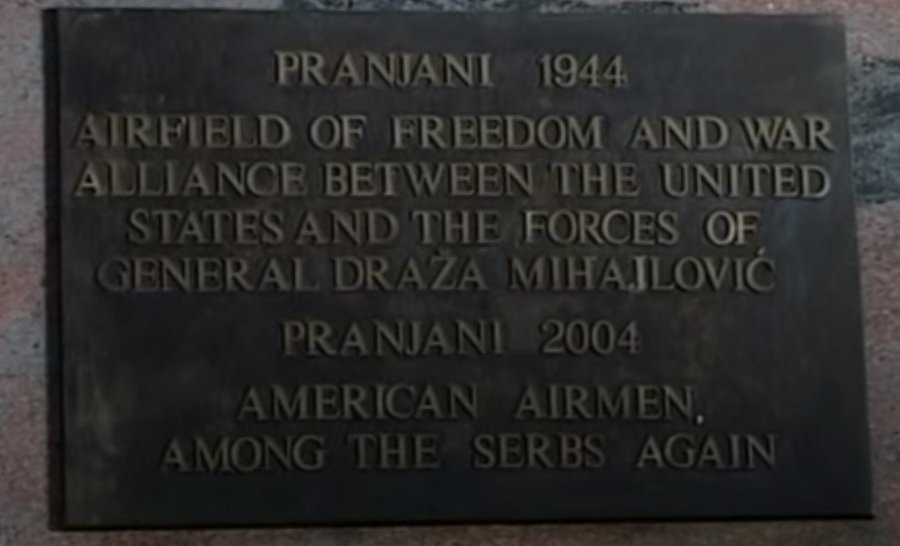 Let us return now to the  source of these events, in order to provide a context for their contemporary interpretation and understanding. Since autumn of 1943, after Italy capitulated, the American and Allied Air Force used airports in southern Italy to launch a bombing offensive against the Axis forces in Europe. According to some data, about 20,000 flights were made from October 1943 to October 1944, of which two thirds, especially since the spring of 1944, were directed against targets in Romania, Bulgaria and Serbia.

The American actions had a special mission to target oil fields in the province of Ploesti in Romania, and for this purpose about 500 heavy bombers and 100 fighter planes flew over Serbian "airspace" day by day. So intensive that it led to inevitable confrontation with the German airborne and counter-air forces, whose consequences were felt in our country too. Firstly, in order to weaken the German posititons, targets were hit throughout the country and that brought large casualties among the civilian population, often more than was the case during the German bombing in April 1941. Engraved in the collective memory are also bombing of Belgrade ("Bloody Easter"), Nis and Leskovac. However, another type of consequence of these actions were related to the fact that, due to plane damage or forced landing, an increasing number of allied pilots remained behind enemy lines. Resistance movement in the field were to battle for the rescue of Allied pilots from German manhunt, and in order to evacuate them to South Italy.

In Serbia, these pilots have mostly been falling onto the territory under control of the JVuO, since in the spring of 1944 the Ravnogorski movement in this part of Yugoslavia was at its zenith. "Chetniks" managed to rescue the first US pilots and take them out of the Germans encirclement in March 1944, in Zlatibor. Afterwards, such actions were multiplied throughout the country. The orders that the corps commanders were forwarding to their people, according to the instructions of General Mihailovic, were precise and binding: "That during the fall of the English-American airplanes, immediately, even at the expense of losses the crews must be rescued (...) and the remainders of the aircraft be burnt completely." These actions often led to confrontation between the JVuO forces and the Germans, as well as mutual casualties in the fighting. Similar to the rescue shown in the "Otpisani" ("The Written Offs) TV series, only the actors of the conflict, inconceivable at the time when the it was premiered, were the "Chetniks" and Germans. 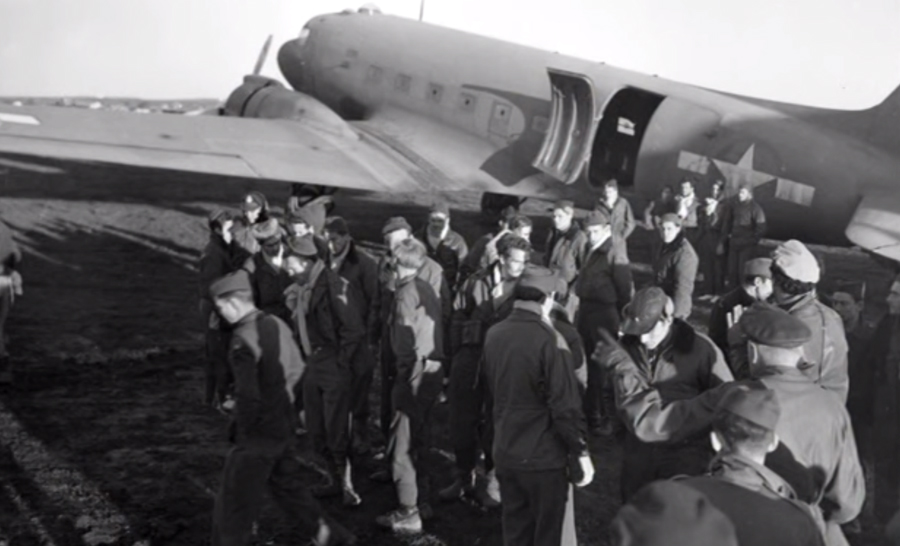 According to the writings of the contemporaries, the first contact between the allied pilots and the peasant squad of JVuO was unusual: the pilots would at first be scared by appearances of their hairy and bearded rescuers, sometimes they would ask them if they were fighting under the Titos command, and mutual conversations would most often be narrowed to mimicking...  However, they quickly became accustomed to their hosts in the mountain villages, who, resucin them, risked not only their own, but also the lives of their families, villagers and villages. Despite their poor conditions, the people regarded them with feelings of the greatest friendship and warmth, loyalty and hospitability. According to teacher Zivojin Kuzmanovic, the "peasants received the pilots enthusiastically. They offered them wine, the women offered embroidered socks. Women provided towels when they arrived. All that was received with enthusiasm. No one betrayed them. Nobody, nobody, nobody". The same ipression was shared by Allied airmen and officers.  Guarded in strict secrecy, the rescued pilots grew beards, dressed "gunj" coats and "opanci" shoes, put on "šajka?a" hats and "kokarda" badges, in order to disguise. In the meantime, in the hills above Gornji Milanovac, in immediate vicinity of Ravna Gora, in a month-long peasant action, a whole hill was flattened to create an improvised runway to evacuate rescued pilots back to their bases in southern Italy. "Pickaxe, shovel and bare hands", were the only tools available to build the airport in Pranjan, as Zvonimir Vuckovic wrote. This operation was a success and on May 29th 1944, by night, the first Allied aircraft landed on the Pranjani "runway", succesfully resuing a group of 40 Americans and 20 British pilots.  Such actions will be repeated in the following days, and then (on May 31st), along with the pilots, the last members of the Allied mission crew left Mihailovics headquarters to Italy, to the disappointment of JVUOs officers.

However, the Allied airmen were forced to land on Serbia even after this, so the issue of their further status was raised. As one of Mihailovics officers noted, despite feeling that they were abandoned by the Western allies, there was no dilemma among the commanders of the JVuO about if the Allied pilots would continue to be treated as before. They were still collected by the corpuses, and then transferred to Pranjani where, in coordination with the OSS George Musulin and the Allied Command in Bari, organization of a high-class operation today known in historyography as Operation AIr Bridge was expected to take place. On the night between the 9th and 10th of August, the first group of C-47 airplanes landed again at the Pranjani airport and started a new stage in evacuation of airmen for Bari. The operation continued in the following months, through cooperation between Mihailovic and Allied forces, and by the end of 1944, in total 417 allied, mainly American airmen were transferred to bases in Italy from Pranjani, Koceljeva and Boljanici. 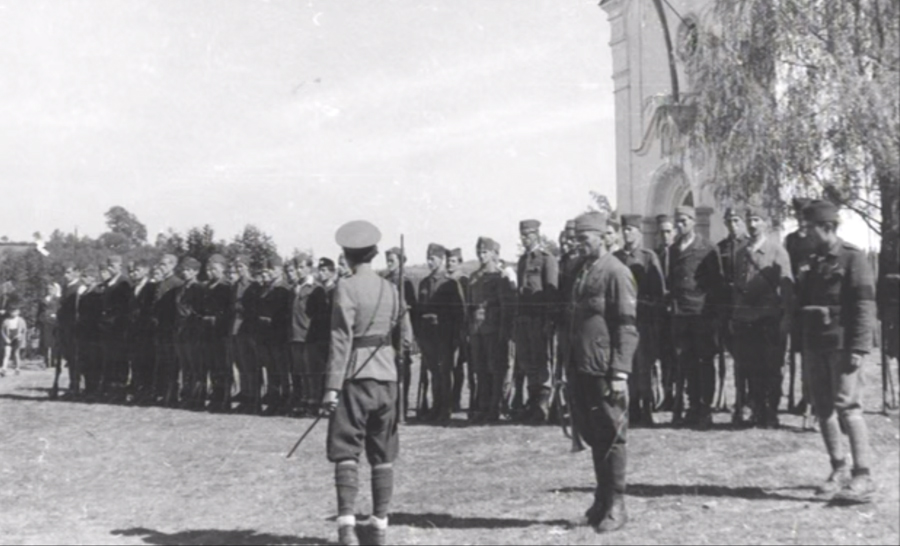 Thus, a major military-strategic undertaking such was Operation Air Bridge came to a success. Memoir writers close to Draza Mihailovics surroundings stated that he contributed to it "for moral reasons", while he refused to surrender the Allied pilots to the Germans; as soon as there  was hope that would lead to deeping of political ties with the United Stated, the Ravnogorski movement was left out by the Allied forces. The entire operation took place at the end of civil war in Serbia, while the Allied forces supplied weapons and ammunition to communist forces. The impression was summed up in bitternes of Major Aleksandar Milosevic: "Unheard so far in history: we have provided help to those who made possible that our enemy prevails at the same time and place, by providing them ammunition, weapons, equipment and moral support.

The science has not yet fully unveiled yet another event that was closely related to the Halyard operation - namely the role of a Colonel Robert McDowells mission from America, that arrived to Serbia and Mihailovic at the same time, and with the same aeroplane George Musulin left. Conspiracy theorists will say that this act was actually the culmination of the operation mentioned. Highly ranked US intelligence officer, the pre-war professor of the Balkan history at the University of Michigan McDowell has officialy led a "non-political mission" that was supposed to get in touch with General Mihailovic and form an important US intelligence center in Serbia. Tito and the Russians strongly protested to the Western allies, but MCDowell remained with Mihailovic for the next several months. It is believed that he also decisively influenced Mihailovics decision to retreat to Bosnia and devise a new strategy for his movement, beliveing in the US offensive in the Balkans. Also, McDowell got in direct touch with Hitlers commissioner for the Balkans Herman Neubauer, in an attempt to agree on surrender of the remaining German troops to the Americans. Obviously, it was a big game that could have influenced a completely different outcome of the war and the division of roles in the Balkans. The available information sources, altough scarce, suggest that McDowell was not just an adventurer who bluffed his steps, but who also executed OSS leader General Donovans orders...

All that followed on was a well-known history. General Mihailovic suffered a breakdown, abandoned by the Allies, was left to, as he said himself, the "whirlwind of the world" that brushed away himself and his work. American airmen who intended to testify in his favor during the Stalinist process in 1946 were prevented from doing so. The climax of the irony happened in 1948, soon after he was killed, when the US President Harry Truman awarded him the Legion of Merit, the highest military decoration that Americans award to foreigners. At the same time, Josip Broz Tito, opposing Stalin, became a leader of the first disident country in the then monolithic communist bloc, which led to the begginign of his cult in the West. In the Cold War world, Tito became a new, important ally of the Weestern democracies in the Balkans and in Europe, while the memory of thr sacrificed general faded away...