There is  confrontation in Serbia between organised and arrogant government, on the one side, and a disorganised and imaginary opposition, on the other. 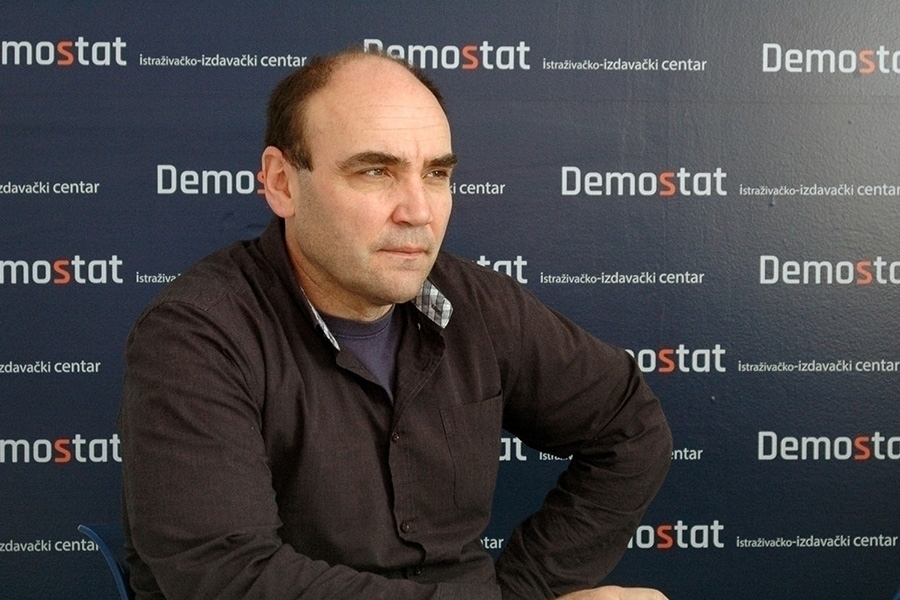 There is  confrontation in Serbia between organised and arrogant government, on the one side, and a disorganised and imaginary opposition, on the other.

While the opposition exhausts itself in the search for a “platform”, initially for negotiations with itself, Vu?i? is in a furious campaign ranging from pushing vaccination to completing temples and unveiling monuments.

The ideal goal of mutually insincere negotiations between the government and the opposition over the conditions of elections would be for the citizens of Serbia to be able to choose different political options at least to the extent that they can choose different vaccines – meaning at least three.

Vu?i? is ready to make certain concessions, because  the current parliament being a virtual one-party institution is a source of shame for him - at least in Brussels , where he cares a lot about forging a better image. Vu?i? wants history to remember him for many things, but we doubt that bringing an end to parliamentary pluralism is one of them. The appointing of Ivica Da?i? to the position of Speaker of the National Assembly already represents a specific concession in creating the atmosphere of dialogue, because Da?i? has charm and social intelligence. And the European Parliament”s rapporteur for Serbia, Vladimir Bil?ik, has also stated that the National Assembly is the right place for negotiations. The opposition came out with a bizarre proposal on the formation of a “ministry for elections”, but that”s also a way of highlighting Vu?i?”s no less obscure “ministry for dialogue”, headed by the convert Gordana ?omi?.

The opposition is also demanding a “parallel orientation” of the public media service, which in Serbia is derisively compared to allowing the driving of cars under the “even-odd” principle in communist Yugoslavia during the time of petrol shortages in the 1980s, when cars were able to take to the streets depending on whether the last number of their license plate was even or odd.

The opposition is also seeking the separation of presidential and parliamentary elections, while the regime notes that it was actually Boris Tadi? who “cut short” his second presidential term in order to try to win the third one simultaneously with parliamentary elections. And Tomislav Nikoli? beat Tadi? in the unified elections of 2012. The opposition, quite unbelievably, isn”t seeking a national frequency for one opposition television station or to make the TV duel on RTS (public service) obligatory for the first round of elections as well, according to the “Croatian model” that saw Kolinda Grabar Kitarovi? stand with around a dozen opposition candidates on HRT in the first round of voting.

It was precisely 11th January this year that marked 30 years since the constituting of the first multi-party parliament in Serbia. The circle has now been closed, and the country is in a position that it almost needs a “round table” on the restoration of pluralism, as happened in Poland during the time of Wa??sa. There is also a need for “volume”, as there was during Gorbachev”s time.

The Progressive Party government disavowed Tanja Fajon and her Euro-socialist “splitting hairs”, so Europe must either offer a better Slovene – if not the pro-Vu?i? Janez Janša, then someone preventative and non-regional, like Felipe Gonzalez, who ratified the electoral will after the stealing of local elections and demonstrations in 1996/ 97. Vu?i? also has his own Europeans. For example, the very sympathetic and welcome guest David McAllister, President of the European Parliament”s Foreign Policy Committee.

Vu?i? will make concessions at least until he”s created the impression that the new boycott is proof that the opposition is spoilt and tragically fragmented, which fails in efforts to convince the EU to have an alternative model of stability, which Nikoli? and Vu?i? managed in the 2011/12 season.

In the dialogue process, the government also skilfully puts down parties that don”t want EU mediation. It is defeating for Serbian democracy to be taught about elections by politicians from the former Soviet camp states or the republics of Tito”s Yugoslavia. It is even sadder that it was actually Da?i? who, as a representative of the government, negotiated on election conditions with the opposition back in 1992.